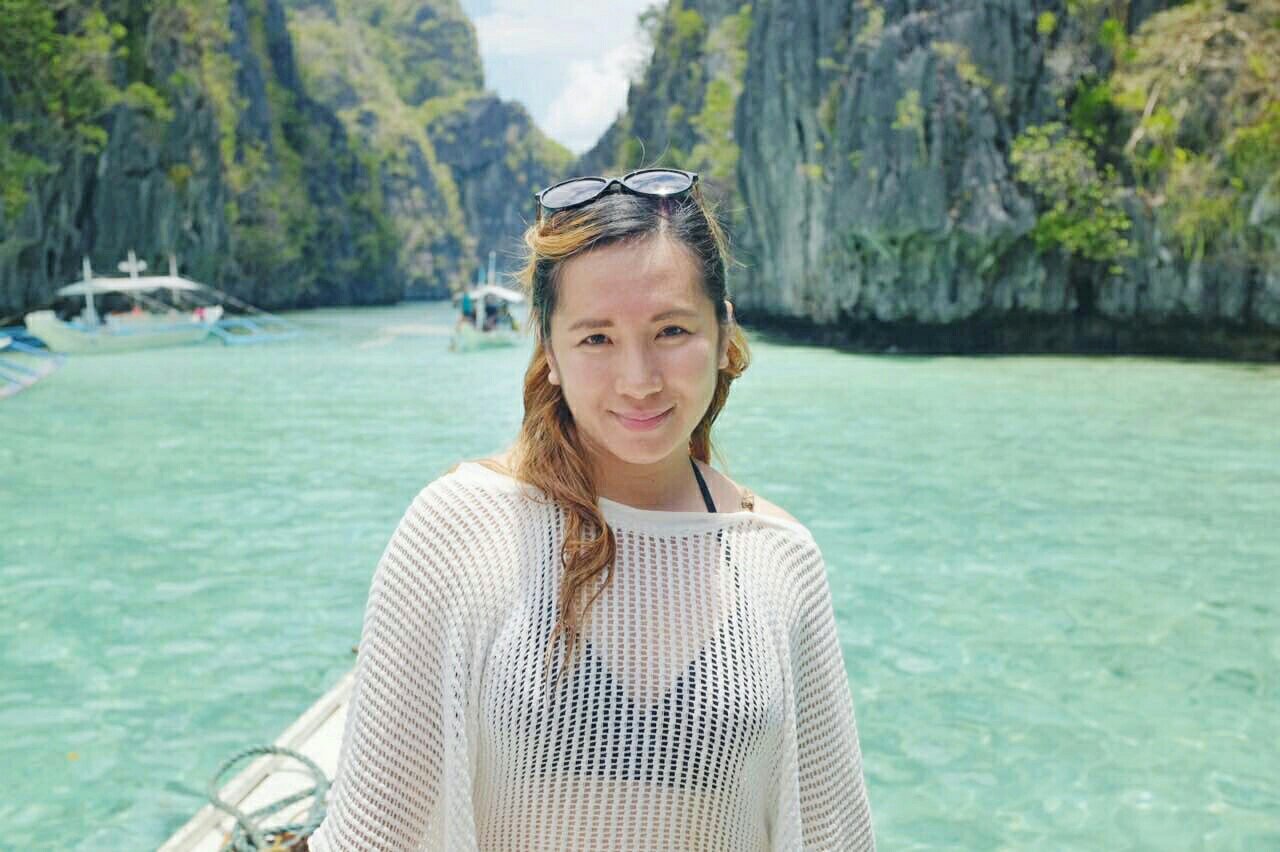 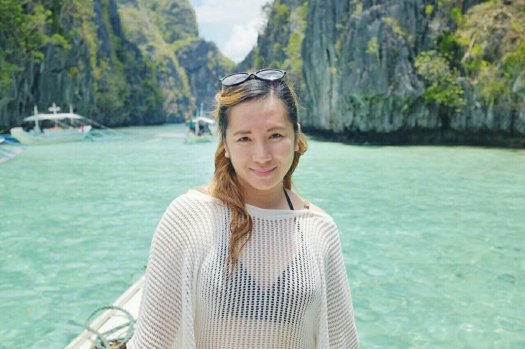 Many have shared their stories about breathtaking places and unforgettable memories in Palawan, but it’s different when you experience it first hand.

On the first day, we travelled six hours from Puerto Princesa going to El Nido and on the next day, we left early from the hotel for an island hopping adventure.

Our first stop, is the 7 Commandos Beach. While on our way, our tour guide narrated about the 7 American soldiers who got stuck in the island during the war and died in isolation. Their bodies were nowhere to be found and so the beach was named after them but the locals call it “Ipil-ipil” Beach. Second, is the Small Lagoon where we did kayaking for forty minutes and after that, we had our hearty lunch on the boat. Grilled dishes such as native chicken, local fishes and squid filled our stomachs while aboard. Third, is the Big Lagoon where I was absolutely stunned with the picturesque view I have ever seen. It’s somehow the same scene with what you can see in Isla de Gigantes but only bigger.

Fourth, we went to Shimizu Island where it was named after the Japanese diver who died while diving in the area. The sight under the clear blue waters was so amusing that it took him longer to transcend above the sea causing his oxygen tank to ran out of supply. For that reason…This is still based on the story of our tour guide, not googled.

Fifth stop is the Secret Lagoon where we passed through the small hole to get inside that hidden beauty. The water inside was only up to the waist level and surrounded by tall rocks which looked like buildings. After that, we quickly dipped on the shore next to it and went home.

My skin was sun kissed but regrets never crossed my mind. My advice for travellers who plan to visit the place is to bring aqua shoes (to protect your feet from the corals), sunblock (for prolonged sun exposure) and most importantly, underwater or at least waterproof cameras. I almost regretted not having as such as I’m afraid I’ll lose all my wonderful memories in my cellular phone if I accidentally soaked it.

We went back to Puerto Princesa that night to prepare for our next day’s itinerary. 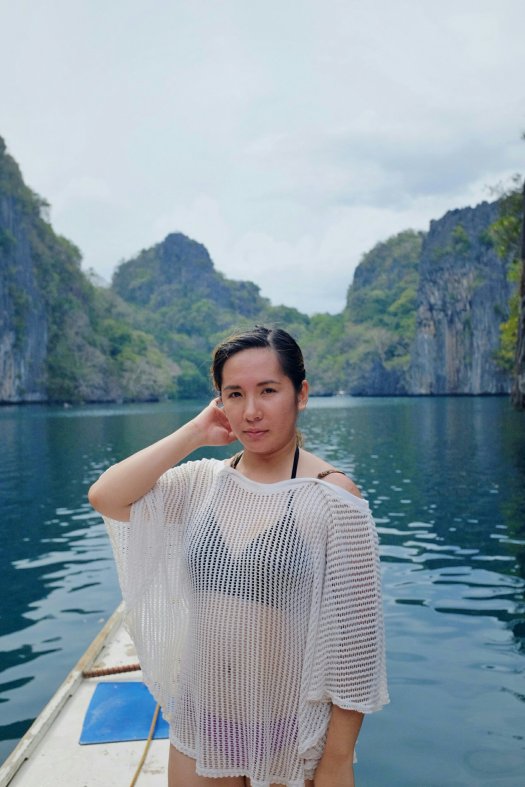 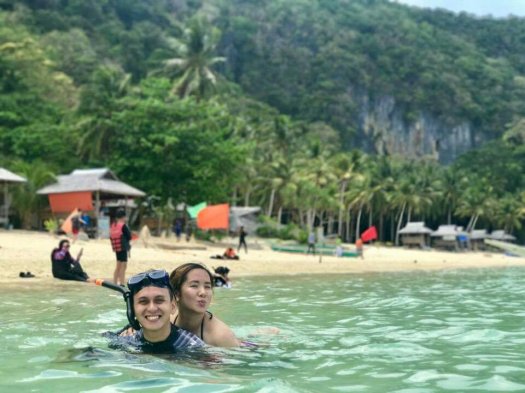 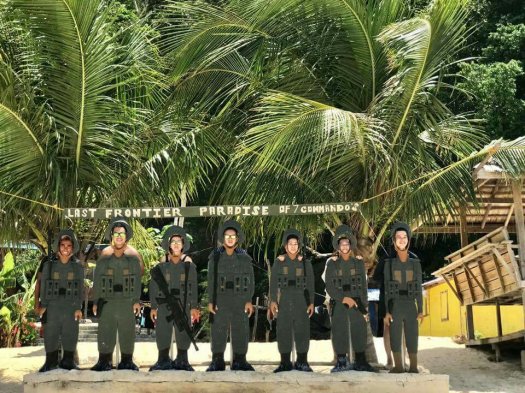 One Reply to “Lagoon”

For all partnership and collaboration inquiries please contact me directly at stylekeri@gmail.com

As I looked back to normalcy, I realized life has been quite amazing. It may not be always perfect and happy but the privilege to live and wake up everyday is a gift we all can't ignore. Appreciate the little things and see miracles in life everyday. #staysafe
It's either I miss the office or I'm bored. 😁
Nostalgic summer memories. 🚲 #PuertoPrincesa
Need to try somethin' different to know yourself better, sometimes.
Tricolor hues I need right now. Let's take one step backwards and realize how beautiful mother nature is. It needs healing. 🍃
🥝, Ice Cream and 🍒 on my mind. Summer is absolutely just around the corner. _ _ #pinoyblogger #bloggerph #igmanila #igersmanila #fashionblogger #bloggerbabe #bloggerlife #filipinoblogger #contentcreation #kiwiicecream #summermemories #summermadness #ilovesummer #ilovesummertime #cherriesontop #foodph #ilovetoeat #foodmemories #throwitback #foodandtravel #foodandtravelblog #foodimiss #hotsummer #hotsummerdays
The phrase that never gets old captured in one photograph. In sunsets, they say, endings can be beautiful. 🌅 Watching this, my heart is full. _ _ #boracay #boracayisland #travelphilippines #islandtime #islandlifeforme #islandliving🌴 #peaceful #serenebeauty #phtravel #pinoytravel #pinoytraveller #sunsetmadness #sunsetsgram #sunsetgram #lifeisbeautiful #wonderfulplace #beautifulislands #beautifulisland #beautifulphilippines #pinayblogger #bloggerpost #fromwhereyoudratherbe #fromwhereyoustand #mostbeautifulplace #mustvisitplace #traveldiscoveries #keritravels #lovelyphilippines #letsgotothebeach #letsgotoph
Connecting with mother nature 🍃 _ _ #itsmorefuninthephilippines #cagayandeoro
You are never too young, too old, too poor, too uneducated or too busy to start living your dreams. Appreciate where you are in your journey, even if it's not where you want to be. Every season of your life has a purpose. Learn to see miracles in life everyday and find joy in the ordinary, always. Ending my birthday with the most wonderful people around me today. I couldn't ask for more. Forever grateful. ❤️ #birthday
✨